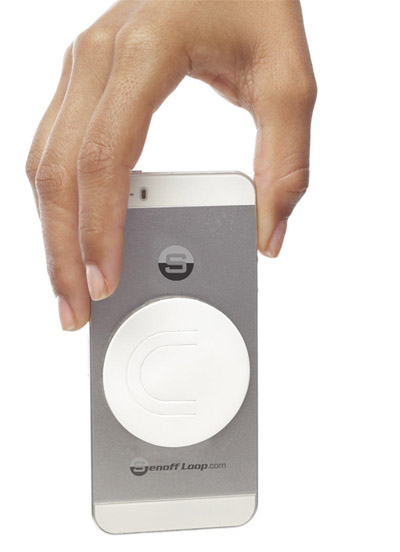 The idea started when my sons, Joseph and Alan were having a hard time falling asleep at bedtime. Per their request, night after night my wife and I would lay down with the boys. One was with Joe and the other with Alan. Then other nights we would switch off. Patiently we would wait for them to fall fast asleep.

I was recovering from a shoulder injury and had just gotten my first touch screen smart phone, and because there was not much room in the bed, I just played with my touch screen phone while laying on my back with my two arms extended up above my head.

One hand was holding the phone and the other hand was used for touching the screen.

It didn't take long before my one arm got tired of holding the phone.

One night I even dropped the phone on my face, waking up my son, and feeling a bit silly.

But that's when the idea "hit me."

That night I thought to myself...

* What if I did not have to spend $80 on a cell phone case? What if I could list eBay auctions, take photos, and list ads with my phone with one hand.

* What if I could take a selfie one handed without worrying about dropping my phone and cracking the screen?

* What if a new mother could text her husband to pick up diapers with one hand while holding her baby in her other arm?

* What if companies could brand their logo, image, or promotion and have it visible on the back of people's cell phones? And the rest is history. ... the Senoff Loop was born.